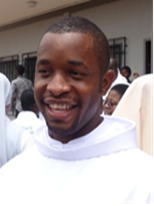 My call to the Religious Vocation was, to me, just like a mystery  because I never thought of being religious in my life. When I was    young, meaning the time I was in school, I had many aspirations inlife desiring to become someone else… by then I knew not what it   means to be religious.

At onetime I was probably taught to meditate, think about something concerning GOD. The acts of the will were the most     important part of life, but most of us, especially I, did not realize  Br. Emmanuel Davies  that meditation is also a process of learning about GOD and that GOD  can and does use it to teach us many things. So after a certain number of times when I ought to become familiar to many people I used only a few moment of discussion which supplied me enough knowledge. This then continued until one day when I heard my friend Richard Alimamy Kabia, who was aspiring to the Hospitaller Order of Saint John of God, explaining about their founder Saint John of God; that he was a man of compassion; the way he gave himself in saving souls and how he took care of the poor, the sick and the needy. I was so moved by his explanation and was asking wondrous questions: how so good a man could be..? So Richard told me everything I asked him concerning the brothers of Saint John of God, their charisma and their daily activities. It was from that day that I started thinking how so good it is for someone to sacrifice his time to the service of the church and to consecrate his life to GOD.

Some few weeks later, Richard invited me to a meeting that he had with the brothers where I came to know the brothers for the first time. They received me kindly and I was very happy to know them and to have some interactions with them. They explained to me all that I needed to become a brother; that first of all I have to be baptized and confirmed in the Catholic Church and have my WASSCE requirements. I started attending meetings on Sundays and at the same time attending baptismal and confirmation classes.  I was baptized in 2009 and was confirmed in 2010 at the Saint Peter Clever parish Lunsar in the Makeni diocese.

I was sent to Senegal for my Postulancy which I did for 2 years. During this period I learnt many things about the Order: the prayer life and the apostolate work. At the ending of my Postulancy I was accepted to enter novitiate in 2012. I did 1 canonical year and a year of community experience which made a total of 2 years. During this period I also learnt about many things most especially the community life and its demands. I made my first profession in May 2014 at the Inter- Provincial Novitiate Chapel, Saint Richard Pampuri Lomé- Togo.

As vocation is a divine call to God’s service or to the Christian life and as it is also a function or station in life to which one is called by GOD; the religious vocation; the vocation of marriage, I thank God for calling me to His service and pray that He continue giving me all the strengths necessary to remain faithful to His call. Amen. 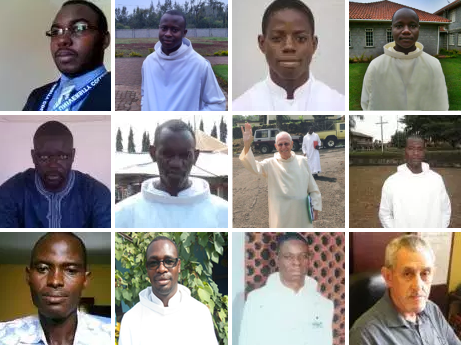